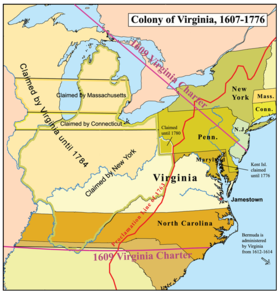 Circa late 16th century, the Old World -- the early era of colonization. Why did our ancestors leave England to establish a colony in the New World? Why would they leave the “safe” conditions of England for unknown lands?

Most of England’s populace was ‘country folk’ with little education and even fewer choices as to life decisions. The vast majority of the people were peasants and received little education and had few vocational opportunities beyond being a peasant. There were comparatively few families we would call middle class. London was overcrowded due to a population boom plus arrival of peasants who could not find reasonable employment in the countryside. It was congested with an overwhelming stench. In society, self-indulgence was rampant, rudeness ruled, and social disintegration was evident. Corruption was rampant, at all levels of society.

Religion and church were major issues. The establishment Catholic Church was being challenged by Protestants. Europe and England were intensely divided over religion. Religious and social factions were under increasing attack from each other in England.

Spain had a head start in colonization and trade in the New World. England was becoming isolated and offered limited options for its people. England needed to expand its domain and how it viewed opportunities outside its sphere. Colonization in the New World was a means to increase its treasury and influence.

In 1584, Sir Walter Raleigh sent two ships to the New World to establish a colony. Once established, shiploads of settlers would be sent to expand England’s domain. On July 4th, 1584, the ship sighted land – a long sand bar off the North Carolina coast. They went through an inlet and onto what is now known as Roanoke Island. They discovered a fruitful land and kind natives. The queen claimed all of America north of Florida as English property. Alas, the area was bountiful as to cropland but had none of the gold and silver found by the Spaniards in the areas now known as Mexico and Peru.

Given this historical setting, what are the profiles of people who would take the risk of moving their families to a new land of which little was known? Our premise is that these trailblazers exhibited traits that today we would call entrepreneurial and value creating.

These settlers had to fend for themselves under harsh conditions. They exhibited similar intrapreneurial characteristics that business practitioners might use to start a venture within a corporate structure. According to Covin & Slevin (1991), corporate entrepreneurship behavior is based on three key tenets: 1) innovation (launch concepts that have not been done before), 2) risk-taking propensity (go out on a limb since that is where the fruit is), and 3) proactiveness (take appropriate action in anticipation of future problems or needs).

According to Blue Ocean Outsource (2019), there are five major theories of entrepreneurship: economic, resource-based, opportunity-based, sociological, and psychological. The latter perspective (psychological) is representative of trait theory.

Trait theory can be expressed in numerous ways. For example, the “Trait Theory of Entrepreneurial Leadership” consists of twelve attributes in five trait-related areas (Erkkila, 2000):


> autonomous and high locus of control

With respect to the Jamestown colony, consider the following scenario:

1    They were dissatisfied with their position in life and their opportunities.

2    They held religious beliefs which supported the ‘leap of faith’ to a better life for self and family.


3    They had a strong belief in themselves and what they could accomplish given the opportunity. They had a high locus of control (they, not outside factors, were basis for their success).
In sum, they had the ability to understand their options, a degree of sociability (worked well with others), an ability to understand what were their feasible options, were accepting of moderate risks, tolerance of others and their ideas, and need for dominance when required, and industriousness. They believed in their own abilities to accomplish ambitious goals.

Failure was a learning process. They had a low need for conformity (after all, how many would have taken the risk to leave England and come to America?) Psychologically, they had or developed planning and problem-solving abilities. They had a high level of energy and willingness to work hard. And perhaps most importantly, they developed the ability to accept change.

As history revealed, the original colony did not survive. However, the commitment to colonize America had been established. In 1607, the London Company sent a colony that did become the first English settlement in America – Jamestown on the James River in Virginia.

The characteristics of the original colonists and those who settled Jamestown had the same decision making and belief profile of the group of people we, today, call entrepreneurs. Entrepreneurs are not just people starting businesses, they are people who recognize and nurture new ideas that benefit society.

* Dr. Hilton Barrett is a Professor of Business (Retired) at Elizabeth City State University, North Carolina. A renowned entrepreneurship scholar, Dr. Barrett is published in leading journals in marketing, management, strategy, and innovation. Dr. Barrett resides in close proximity to the original Jamestown settlement and gives historical talks on this subject. He may be reached at jhiltonbarrett@outlook.com

New research shows that brands that embrace innovation and agility with an aim on humanizing the customer’s experience, outperform their pee...

Art Weinstein
Art Weinstein, Ph.D., is a Professor of Marketing at Nova Southeastern University. He has published more than 80 articles and 8 books on customer-focused marketing strategy. Contact him at artweinstein9@gmail.com